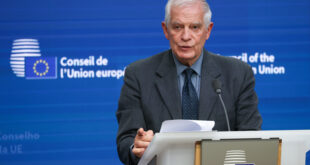 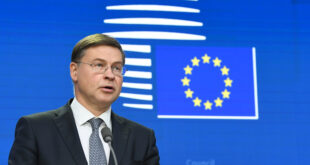 BRUSSELS, 24 May (BIPMedia) – FASCADI has registered a total of 141 African students who have all received a food parcel since the start of the operation on 25 April, an increase of 37 students during the distribution of food parcels on Saturday 23 May 2020 in Brussels.

This Saturday, May 23rd was an exceptional day for the Federation of Cameroonian Associations and Societies in the Diaspora (FASCADI), considering the large number of students registered online, but also those who showed up the same day to receive a food parcel. 37 African students from Cameroon, Niger, Guinea, …, each received a food package, in a friendly environment and with a new content of the food package.

Fresh products, in this case chicken from the organic farm « BUFFL’ YANN », graciously offered in four bins by M. Yann Yaaz the owner of the farm, but also delicatessen, through basic products of daily food, bread, milk, eggs, spreads, fruits (orange, banana), but also foodstuffs with an average to long shelf life: onions, canned food (vegetables, tomatoes, peas, …), pasta, sugar, cooking oils, cookies, tea and coffee were the contents of the original package of May 23. « The good health of students depends on a good diet, says the President of FASCADI Mrs. Edwige ABENA.

His second food donation during the distribution of parcels on Saturday, May 23rd caught the attention of FASCADI. It comes from Mrs. Nanou, a 76-year-old Belgian woman. This donation is also recognizable on the illustrations accompanying this article.

Given the large number of students who came to receive a food parcel on Saturday, May 23, FASCADI has mobilized more human and financial resources, in addition to donations from people of good will. Thus, several other members of FASCADI joined the federation during the May 23rd operation. They contributed to the distribution of parcels and witnessed the action of the federation. They, in turn, appealed to friends and acquaintances and to all good will to support the FASCADI food parcel distribution operation.

Two young donors have heard about FASCADI’s appeal for donations for the distribution of food parcels to African students. « Emus for the initiative and the good cause of FASCADI », they said, they came spontaneously to the place of distribution of parcels and announced a financial donation to the federation. They are the brothers Thierry Nana Diela, Director of the IT consultancy company Zölaa SPRL and his Carlos Diela. They congratulate FASCADI for this initiative and especially for the great attention paid to African students.

The young student Eleonora also showed her support for the work of FASCADI by contributing on Saturday 23rd May to the distribution of food parcels to students.

FASCADI warmly thanks Mr. Yann Yaaz, Mrs. Nanou, the young student Eleonora for the success of the operation on Saturday, May 23rd. FASCADI also thanks for their generosity Mr. Thierry Nana Diela, present on May 23rd, all the donors who have come to FASCADI to date and 44 in number, friends and partners, all contribute to the success of this operation of distribution of food parcels to African students. FASCADI thanks the members of the federation for their strong involvement, their dynamism in the success of this work of charity and solidarity.

The federation plans to extend its food parcel distribution operation until the last Saturday of June 2020, every Saturday between 15h and 17h at the Ubuntu space, located at Passage Charles Rogier N° 28 in 1210 Brussels. Ghislain Zobiyo

Journalist Reporter and contributor to Xinhua News Agency in charge of the European institutions news and Belgian federal government news since 2018. Managing Director of Brussels Information Press Media and editor of the news website www.bipmedia.be. This site is dedicated to the news of the diaspora, to North-South cooperation of any kind in general and particularly between the European Union and the Organization of African, Caribbean and Pacific States, between the EU and the African Union. Brussels, capital of the European institutions and headquarters of NATO, is also at the heart of our current affairs. It is an exceptional and cosmopolitan city where more than 184 nationalities and cultures of the world live, meet and exchange. Our information site also gives a special place to the African culture.
Previous La FASCADI a atteint la barre de 141 étudiants africains à avoir reçu tous, un colis alimentaire
Next 1er Sommet annuel des Femmes parlementaires du monde entier à Bruxelles 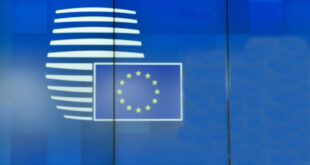